skip to main | skip to sidebar

By now any rational person would have stopped believing anything the USA says anymore.
Posted by petkov at 2:45 PM No comments:

Why the Americans are idiots 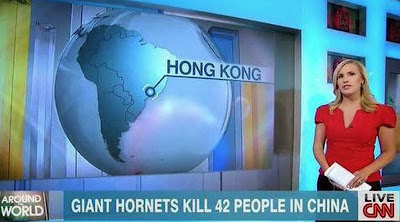 So what's been happening lately...

Bhwahaha. Drudge just made my day by making me laugh out loud, something I haven't done much of lately. Matt Drudge, a gay man is saying good things about Putin. What the fuck is the world coming to???? LOL. Oh yeah, Google has removed ANY links to my blog; I just did a search for it by name on Google and it didn't show up! Bing on the other hand showed it up immediately in the 2nd link. I think I shall not be using Google no more as my primary search engine me thinks. Quite often todsy when i do a search on Google it's telling me they are getting strange traffic from my IP address and would I be so kind as to identify I'm NOT a robot by filling a capture. Time to remove my link to the Google search engine from my useful links. High time indeed. Oh yeah, I'm still alive. I'm writing short stories now now and that's helping me clear my head. Writing is good exercise even if my mind does wander and I cannot concentrate for more than 10 minutes as a time, it works. And I have gotten positive comments on my writing already. And I'm drawing too, and getting nice comments too. So there. No link, sorry.
Posted by petkov at 6:17 PM No comments:

Oh, man. Things in USA have gotten SO bad and everything is SO effed up, I wanted to write something but had to stop and edit myself in fear I might also have a midnite visit by your friendly F-B-I. Feels exactly how it was back in Bulgaria while growing up, back behind the iron curtain. WTF, indeed, when one is worried what troubles innocent googling can bring then it means it's ALL over for USA man. Forget about "freedom and democracy" baloney. It's the beginning of the end. Not that USA ever was the beacon of "freedom and democracy" as it claimed but now even all the pretense is just gone, over with, finito. Ha. And yet, the most interesting reaction comes from the Americans themselves, who are just bending down and taking it right up their collective assholes without as much as complaint. And I thought they were such revolutionaries, man! Bwa-hahaha.
Posted by petkov at 12:33 PM 2 comments:

So. I wake up Monday morning(04-15-2013), and the Internet is not working. I reboot my modem. The Internet comes back but Firefox is behaving funny. One of the first web sites I usually check is CNN.com. It opens up fine but when I go back half an hour later Firefox cannot display CNN properly. It acts as if it cannot access the web site directly and only reads it from a cache. It is apparent many web sites are having the same problem. When I file-save Firefox gives me error messages that it cannot read the web sites and cannot save the various jl parts(Java script components). Firefox has behaved this way before: when I have used the Internet at Ralphs, where I suspect they have a proxy server set between me and the real Internet. The shit in Boston occurs several hours later. Ok, I get it. The internet behaves the same way all week long. Skip to Friday afternoon(04-19-2013). They catch the 2nd suspect. About 15 minutes later, Firefox begins to behave properly, as it should. Interesting coincidence, isn't it?
Posted by petkov at 5:58 PM No comments:

Americans have the right to be stoopid. Yes indeed.

Kerry managed to make the Americans look their stupidest when he declared that "American's have the right to be stupid" turning this into yet another "it's freedom of speech issue". As if the Germans don't have the right to be religious too. Or the French. Or the Russians for that matter. Or the Brazilians. Or the Chinese who can also worship as much as they want but they are too smart to believe in the "Christian bullshit so they prefer their "region simple: Buddha and Confucius. As if ONLY "America" has liberties that the rest of the world somehow lacks. What a crock of bullshit. Sure you can have an opinion. I have said it several times before: opinions are not the same as knowledge or facts. Opinions are only as good as the facts that support them It seems in USA anyone can have an opinion but only very very few have facts. No wonder Americans are so dumb. Recently I went to Chinatown to see the parade for the new Lunar year. Not surprisingly, there were the same idiots I see where a lot of people gather, passing out Christian propaganda materials to the passer bys. I asked them why they bother people who have gathered to celebrate the new Lunar year. As usual, the "freedom of speech" was thrown in my face. I politely inquired if the Chinese come to their churches during Christmas celebrations and start passing leaflets about Buddha and Confucius. Well no. SO then why do they feel the burning need to come and bother the Chinese? And how many times was somebody actually saved after reading those leaflets? And why instead of wasting money on those expensive leaflets they don't go and feed the hungry instead?
Posted by petkov at 9:42 PM 2 comments:

The right wing bullshiters keep on screaming how Mr Change is everything evil under the Sun. According to them, he is a far left Marxist commie secret agent sent to destroy the "American way of life". They keep on citing example after example how horrible the economy has been under Mr Change because after all, what does a commie understand of "free market economy", right? The poor Middle Class™ has been taking right up the behind under him, correct? Yet today surprise surprise even the biggest bullshiter of them all Drudge somehow got confused and posted a link to a story that the stock market just went over 14,000 and had its best day since 2007. Hey Drudge, WTF? So is the economy collapsing or is it having a field day? Which one is it, Drudgeie boy? Ah, what you mean to tell me that it's bad for the average working sheep who is getting sheared with over 4 dollar gas but it's pretty damn good for the rich who are making piles of money off of the poor middle class shmuck? Ok, I got it, thank you.
Posted by petkov at 9:13 PM No comments: